Increasingly, my reading and research are dependent on electrical power and our cable infrastructure. I check my devices, a smart phone, tablet and laptop, regularly to catch up on email and social media, and to see what is happening in the news. I often wonder how we managed before the Internet, when things were off the grid.

When our country was first settled, mail service was spotty and intermittent. The methods of delivery improved only because the British wanted to keep tabs on the colonies, and, most importantly, to collect taxes.

Back then, people warmed themselves and cooked over fires – there were no gas convection ovens or customizable cooktops, no sub-zero refrigerators or microwave ovens. Cooking dinner required that a person be present, and smart homes and remote devices had not yet even been imagined.  Off the grid was not part of the lexicon, merely a fact of life.

What would we do without our modern-day amenities? The corner grocery store, the nearby Laundromat, or the coffee shop down the street? What about electricity, clean running water and indoor plumbing?

As a lifelong urban or suburban dweller, I have never lived off the grid. Perhaps the closest I ever came was a week-long High Sierra hiking trip in my teens. The Sierra Club group offered plenty of entertainment among the participants, including a renowned photographer, talented musicians, and folk songs at night around a campfire. We all communicated with one another, rather than with our phones. It was a glorious week, surrounded by majestic views, pure air, and clear, snow-fed ice water lakes. 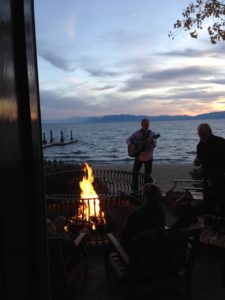 Today, when one undertakes such an odyssey, photos and blogs often accompany the traveler. We who are not part of the journey are privileged to read and view these blogs and photos, and are the richer for that other person’s experience.

Now that we are dependent upon modern technology in our lives, however, it is even more frustrating when something goes wrong. I live high atop a windy hill, and for many years, stormy weather would cause power outages. The refrigerator would shut down, electric clocks would stop working, and we navigated at night by candlelight. But this has not happened in a long time. Whatever wasn’t working with the power grid has been corrected.

Therefore, it was a bit of a rude shock earlier this year when our cable service went down during exceptionally wet, windy weather. Usually when things don’t work, you report the outage, measures are taken, and sooner rather than later, things are corrected.

This time proved to be the exception. Forty-nine hours of no cable, no Internet, and no television are not the end of the world, but the responses from the cable company were frustrating beyond belief. Each service call would result in an automated response, promising that service would be restored by 11:14 a.m., or 12:27 p.m., or 3:11 p.m., or 10:27 p.m. What could these precise times have been based on? None of them proved to be true.

Customer service representatives, located in another country, were equally unhelpful. These individuals clearly are trained to be polite and apologetic, but after several calls, it became clear that they were unable to provide factual information.

Eventually, the problem was resolved, but not at 10:27 in the evening. A fallen tree was the source of the trouble. The following morning, the cable company, the gas and electric company, and a private contractor were dispatched to remove the fallen trunk and debris that had caused the outage, and to trim the surrounding trees. The network was restored around 12:30 p.m. that day.

The point of all of this is not merely to grumble, but to object to what seems to be a more universal lack of truth telling. One certainly can go for two days without Internet, given a reasonable explanation. Ferocious storms cause damage.  It is unlikely that large numbers of us will go completely off the grid anytime in the near future.

What is difficult to understand, however, is when the service provider supplies misleading or false information.  Unfortunately, a certain level of misinformation increasingly seems to be a fact of life.