Postmaster General Louis DeJoy and the USPS revealed a new ten-year plan on March 21, 2021 aimed at reinvigorating the postal service.  Parts of the plan are ready to be implemented, including increasing the cost of stamps, slowing down first-class mail delivery in favor of more lucrative package delivery, closing selected facilities, and cutting back post office hours and staffing.  Such changes are subject to approval by the Postal Regulatory Commission, an independent Federal agency. First-class stamps are currently 55 cents First-class mail volume has decreased by 28% over the past 10 years, one of the… 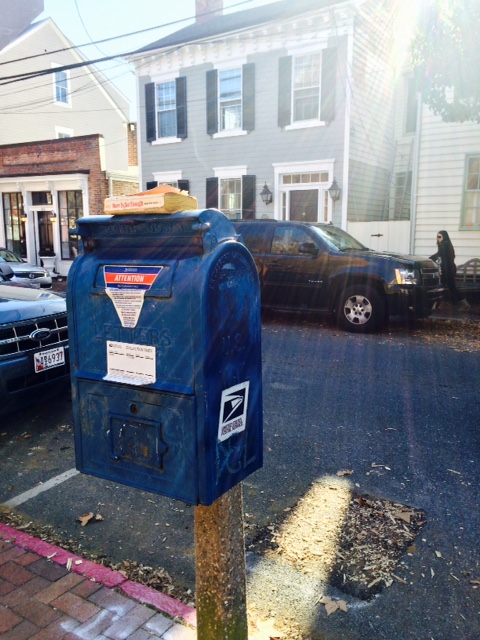 Multiple crises over the past year created an unprecedented level of chaos at the U.S. Postal Service.  The service has been disrupted by political disputes over mail-in ballots; removal of street mail boxes, mail sorting machines, and barcode readers; COVID-related illnesses among postal employees; and a much higher volume of mail and packages due to the pandemic.  Some of the causes of chaos were deliberate and avoidable. First, there was the dispute over mail-in ballots.  Due to the pandemic, many voters chose to cast their ballots by mail rather than wait in long lines to vote… 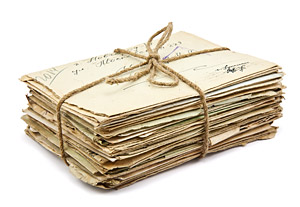 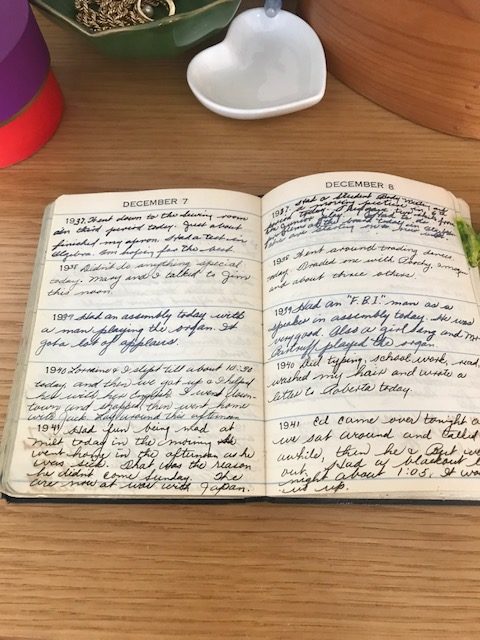 Taking stock of one’s roots can be much more than a hobby or pastime. Thanks to multiple resources for genealogical research, it is possible today to trace ancestry, connect with distant relations, and explore your own identity. For decades, I have been the owner of boxes and drawers full of family photos. They range from formal portraits of elders and ancestors, taken from the late 1800s to the turn of the century, to mid-century snapshots of my early nuclear family, circa 1940s through 1960s. Due to faulty color film and sticky photo albums of the 1970s… 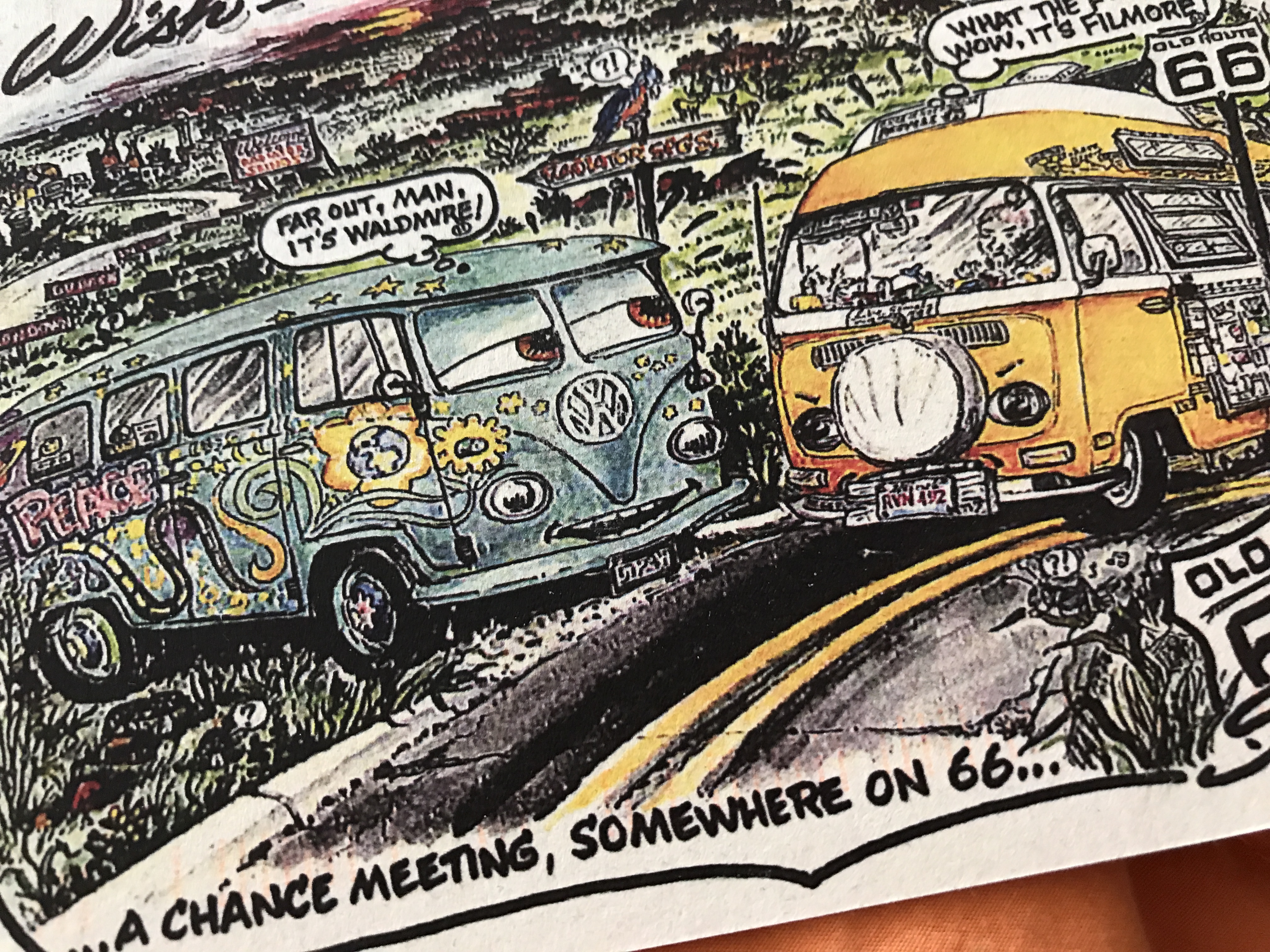 Summer and fall are excellent times for vacation, and there is no better way to share those experiences than by sending postcards and notes by mail. It’s quick, it’s easy, and there are beautiful options to represent those good times. But more to the point, postcards and notes are a great way to communicate, anytime and any place. “Having a great time in (fill in the blank). Wish you were here.” This is a standard cliché about messages on postcards, that they are rote and say very little. But nothing could be further from the truth.… 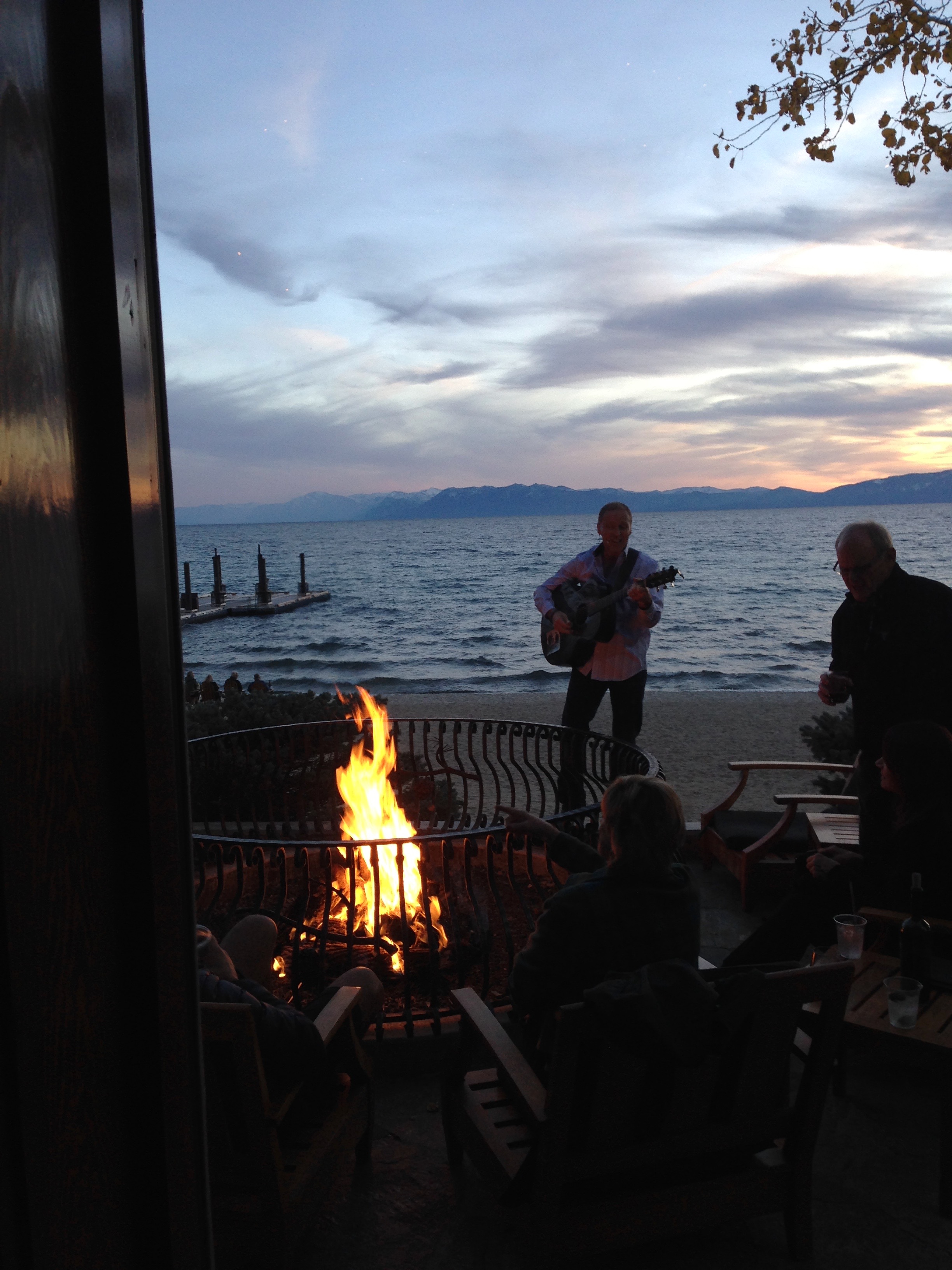 Increasingly, my reading and research are dependent on electrical power and our cable infrastructure. I check my devices, a smart phone, tablet and laptop, regularly to catch up on email and social media, and to see what is happening in the news. I often wonder how we managed before the Internet, when things were off the grid. When our country was first settled, mail service was spotty and intermittent. The methods of delivery improved only because the British wanted to keep tabs on the colonies, and, most importantly, to collect taxes. Back then, people warmed themselves… 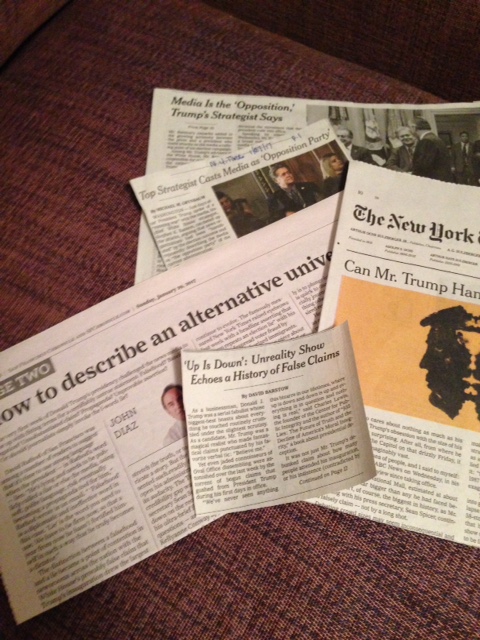 Although fake news was barely a blip on the screen prior to 2016, it already existed in abundance. Following the November election, many questions have been raised about the influence of fake news. Not only had an important election been at stake, but also the credibility of what we read and how we perceive it. Fake news has now become a major topic of discussion. Not a day goes by that mainstream media does not shine light on a questionable statement, including “alternative facts.” The President and his team refer to the mainstream media as “dishonest.”… 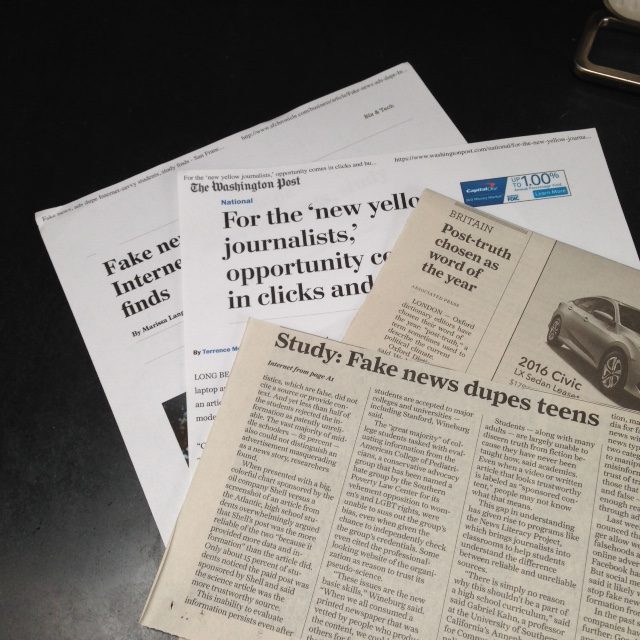 Actions throughout the world, as reported in the daily news, are disturbing. War, famine, violence, aggression and poverty are ongoing staples in the news cycle. Unfortunately, a significant new victim has emerged in recent times:  the truth. We now live in a post-truth world, at least in the political sense. Most of us grew up, I believe, with the admonition by our parents and teachers to always tell the truth. The truth would always win out, and things would go worse for us should we be caught in a lie. Perhaps the fear of being caught… 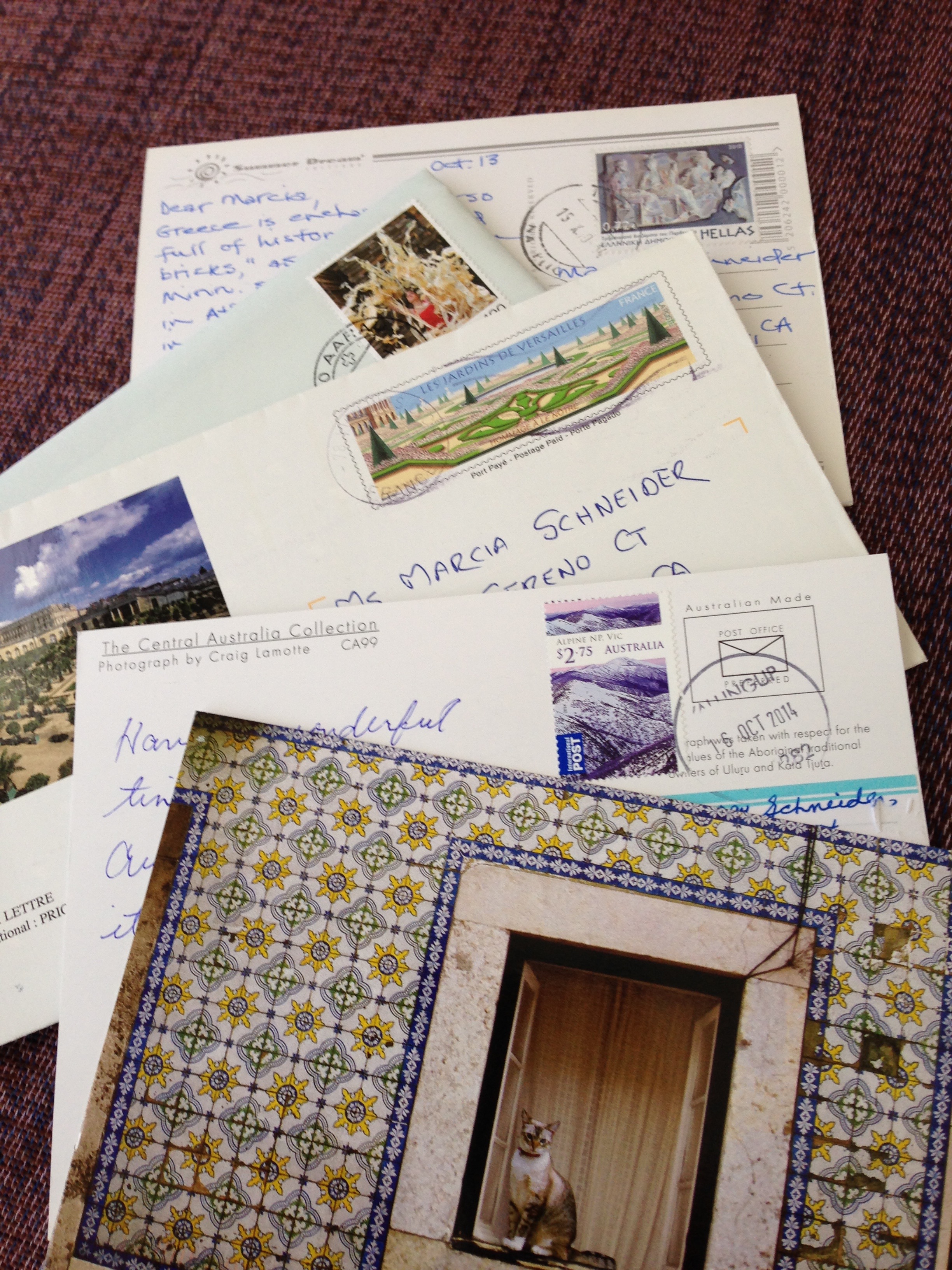 When did the postmark on our letters go missing? By postmark, I refer to the round circle that once included the date, time of receipt and location of the post office. Generally, the circle was stamped to the left of the cancellation, those wavy or straight lines that partially cover the stamp(s) to indicate that the stamp has been used. I was reminded of this absence recently by the marketing efforts of a certain coffee company promoting a new first edition blend, using a version of the classic circle. Although our first class, stamped mail still… 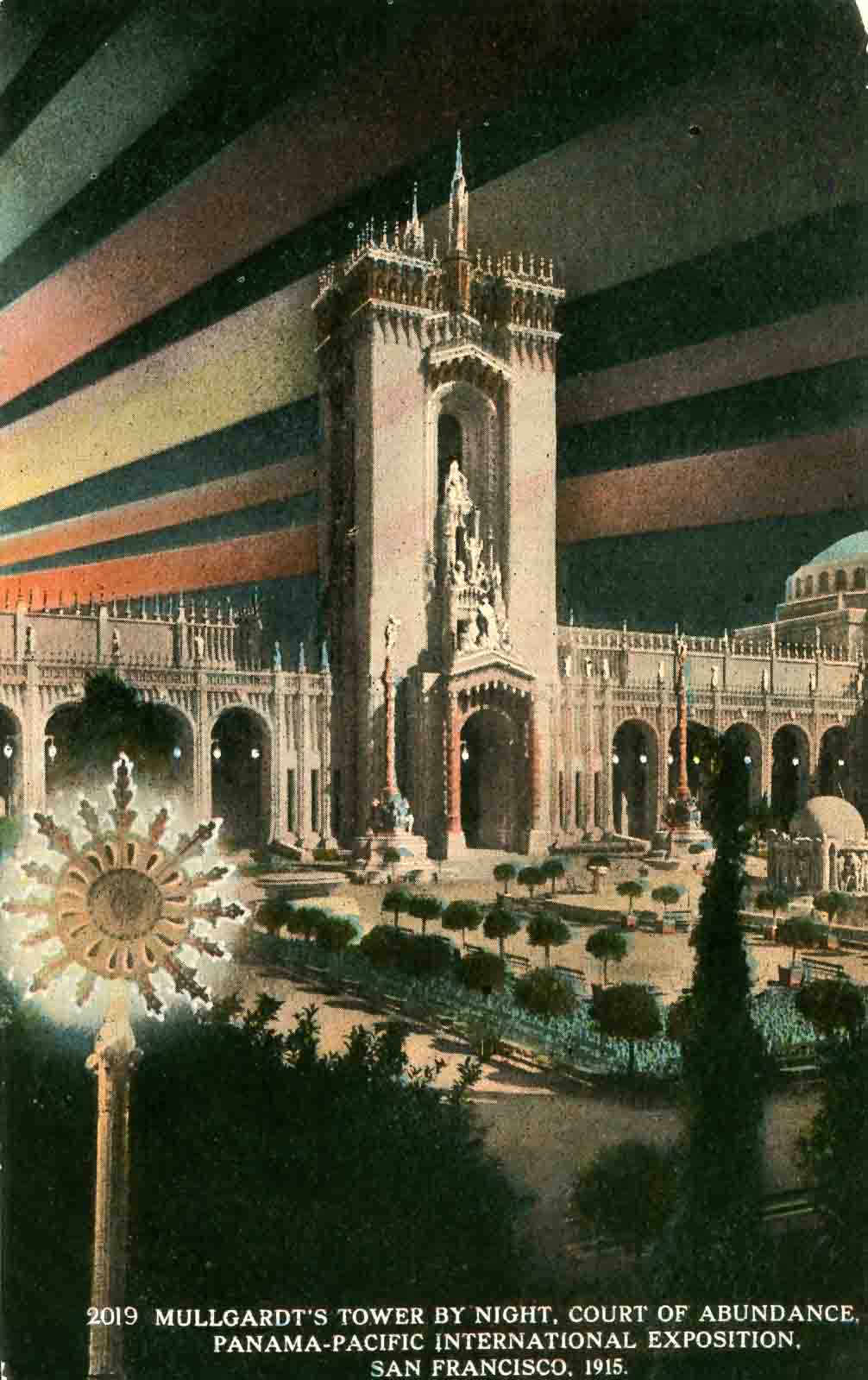 Post offices and exhibitions go hand in hand. Imagine a World’s Fair and Exposition that covered 635 acres, much of it sitting on land that once was covered with water. That is what happened 100 years ago in San Francisco, when the city built the Panama-Pacific International Exposition (PPIE). This event took place in what is now San Francisco’s Marina District, a stately neighborhood with elegant homes and thriving businesses, popular with singles, young families and seniors, to celebrate both the completion of the Panama Canal and the city’s recovery from the great earthquake and fire…