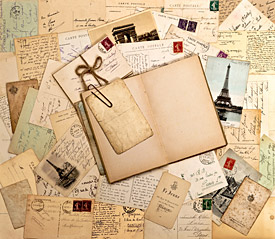 Americans value their privacy, and the privacy of the U.S. mail is, for the most part, not only guaranteed, but also taken for granted. It is spelled out in the privacy policy of the U.S. Postal Service, and is codified through various federal laws and regulations.

Recently, however, new information has emerged about the mail cover program, through which the postal service makes copies of the exterior of every piece of mail processed in the United States. First noted by The New York Times in 2013, this practice apparently dates back more than a century. Letter content, however, can be accessed only through an authorized warrant from law enforcement.

In an interview with Associated Press in July 2013, Postmaster General Patrick Donahue said that the copies, which may be retained for up to 30 days, are used primarily in the sorting process. Donahue said that the covers have been used “a couple of times” by law enforcement agencies, including tracing the origins of anthrax and ricin tainted mail.

However, a recently released internal audit of the USPS authorized by Donahue reveals that over 50,000 such requests were made by law enforcement agencies in 2013, a significant increase over such requests made over the past decade. The audit also noted that oversight of the program is poor, and that “public concerns over privacy (could) harm the Postal Service’s brand.”

This is yet another example of government surveillance that is of concern to Americans.

The desire for mail privacy dates back to the mid-18th century. The formalized postal delivery system was established and came under control of the British, who needed a more reliable system to collect taxes from the colonists. Prior to that time, mail delivery was very informal and unreliable, with individuals delivering mail by horseback along old Indian trails to public inns and taverns.

As the colonies became more independent, however, the British system became problematic. Personal mail was routinely opened and monitored by British loyalists, sometimes leading to charges of treason. Mail privacy became imperative, and under the leadership of printer and publisher William Goddard, a new, independent mail system, the Constitutional Post, was established.

The concept of privacy is very subjective. Every day, millions of people voluntarily post family photos and documents on social media sites to share with friends and family. The ultimate privacy of these postings remains a question, despite the safeguards that have been established. A purchase of a cell phone and many credit card companies require an individual to provide their social security number, a number once considered totally private other than for employment purposes.

Further, a number of for-profit businesses, such as Spokeo, capitalize on selling information found through multiple public sources, including people’s salaries, home value, charitable contributions, online photos, etc., all of which is available to anyone willing to pay the fee.

For anyone with an online identity, which surely is the vast majority of Americans, our privacy settings have changed. Personal information is available to anyone who searches hard enough.

For the present, on the other hand, our mail is protected and confidential. In light of recent revelations, however, let us be vigilant. As from our early beginnings, mail should remain private.

San Francisco Chronicle. Editorial. When Your Mail is Not Safe. Oct. 30, 2014

A Box of Old Letters