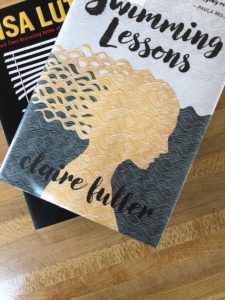 Epistolary adj epis·to·lary \i-ˈpi-stə-ˌler-ē, ˌe-pi-ˈstȯ-lə-rē\  1 :  of, relating to, or suitable to a letter 2 :  contained in or carried on by letters 3 :  written in the form of a series of letters an epistolary novel – Merriam-Webster Dictionary

What exactly is an epistolary novel? As Jenny Baum of the New York Public Library notes in a blog post, the word epistolary “is one of those words that are just fun to say or think about.” But not everyone knows what the term means.

Readers, however, are familiar with the epistolary novel, even if not consciously, through a number of well known works. These include Dracula by Bram Stoker; The Color Purple by Alice Walker; Carrie by Stephen King; Bridget Jones’s Diary by Helen Fielding; and many others.

The Diary of a Young Girl by Anne Frank (Modern Library, 1952) tells a story through Anne Frank’s own words, as chronicled in her edited diary. It has enlightened generations of readers about the evils of war, prejudice and authoritarian power.

Diaries are a different nonfiction genre than memoir, which is a curated telling of one’s life in a story format. A well-written memoir has many of the same elements as fiction, including sensory detail, setting, figurative language and point of view.

The following contemporary novels are examples of books that employ or partially employ the epistolary device but may resort to narrative to move the story forward.

Swimming Lessons by Claire Fuller (Tin House Books, 2017) has many elements of the epistolary novel. Ingrid, a wife and mother of two adult daughters, disappeared on a beach twelve years before the story is set. Despite her lifelong strength and love of swimming, she is presumed drowned, though she is never found.

Flora, Ingrid’s younger daughter, has never fully believed that her mother drowned. Even Ingrid’s husband, Gil, believes that he has caught a fleeting glimpse of her. Ingrid’s story unfolds through the letters she has written to Gil and tucked not quite randomly into the many books in his extensive library.

Lisa Lutz’s The Spellman Files (Simon and Schuster, 2007) tells of the exploits of the Spellman family of private detectives, and Isabel, the hilariously inept first daughter.   The Spellman stories are told through memos, documents and reports, and are anything but dry and boring.

The Spellman Files and subsequent novels in the series, including Revenge of the Spellmans and The Spellmans Strike Again, are alternately funny and poignant, and ultimately very smart, readable and addictive.

The Guernsey Literary and Potato Peel Pie Society by the late Mary Ann Shaffer and her niece Annie Barrows (Dial Press, 2008) is a gentle literary novel about resistance.   Written in letters, this post-World War II novel involves a correspondence, a book club, and ultimately, the triumph of the human spirit.

Nick Bantok combined art and letter writing in his wonderful series of novels, starting with Griffin and Sabine (Chronicle Books, 1991). Some of the letters are on postcards, some are typed and some are hand-written. The reader has the pleasure of a very tactile experience, pulling letters from envelopes while exploring and discovering this unusual relationship and love story between the writers.

These are but a handful of the many great contemporary epistolary novels. For a more extensive view of titles, see Wikipedia’s List of Contemporary Epistolary Novels.