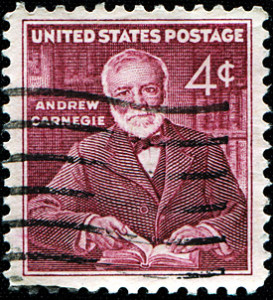 Philatelists are not happy with the trend toward stamps that feature pop culture and music icons, such as Elvis Presley, Johnny Cash, Jimi Hendrix and now, Janis Joplin. Nor do they favor movie stars or cartoon characters, such as Bugs Bunny, or the Simpsons, the stamps issued in 2012 that resulted in a revenue loss of $1.2 million for the U.S. Postal Service.

This may be shortsighted on the part of traditional stamp collectors. Apparently these new stamps not only sell well, but for the most part, also help to develop new generations of stamp collectors. Far from being spurned by the younger set, Bugs is making a comeback through game maker Zynga, which has developed a new mobile game, “Looney Tunes Dash.”

For decades, stamp art favored such tried and true subjects as birds, wildlife, lighthouses, former U.S. Presidents, flags, flowers, historic scenery and events, and more. While these subjects still are updated and re-issued on a regular basis and generate reliable sales, the trend now is to draw in younger stamp buyers and collectors with a new range of subjects and products

Reflecting America’s increasing interest in local, sustainable foods and cooking, the USPS issued a series of four Forever stamps in August 2014 that reflect “the abundance and bounty of America’s farmers markets.” Coming soon, on Sept. 26, a new series featuring five celebrity chefs will be released. Although the USPS has officially named only James Beard, Linn’s Stamp Service seems to have an inside track. According to Linn’s, the stamps will feature Beard, as well as Julia Child, Joyce Chen, Edna Lewis and Felipe Rojas-Lombardi.

Although the controversy over pop culture is not new, the release of a series of Harry Potter-styled stamps in 2013 triggered a decidedly negative reaction among the purists. “Why do you honor a British author’s book?” asked Ken Martin, executive director of the American Philatelic Society. “Wouldn’t it be much more appropriate to honor something that reflects our country’s heritage?”

Even members of the Citizen’s Advisory Stamp Committee were divided on the Harry Potter stamps, resulting in the resignation of former Postmaster General Benjamin Bailar. The Committee was not consulted in the selection of the Potter stamps.

Like the Simpsons stamps, not all of the postal system’s marketing endeavors have been successful. Vintage circus poster stamps, issued in May 2014, inspired the wrath of animal rights activists.

As the USPS struggles to remain solvent through new revenue generating ideas, such as Sunday delivery of Amazon packages, adding to and enhancing the choices of stamps does not seem a bad idea, even if mistakes are made along the line. “We need to change and improve to serve the changing needs of the American public,“ said USPS spokeswoman Toni DeLancey.

Somewhat of a traditionalist myself, I thrive on flowers and birds, lighthouses and sailboats, and have a special fondness for vintage stamps. I also favor stamps that support charitable causes that I support, and am willing to spend a little extra in the process. And occasionally, if it is something special to me, I will buy stamps that reflect our pop culture.

If Spider Man, Harry Potter and Star Wars stamps sell better than birds and lighthouses, then bring them on! But please, USPS, keep up the variety, so that we traditionalist can still buy our art, flowers and wildlife stamps.

For the Price of a Stamp