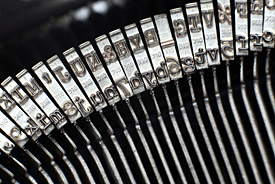 Before computers, there were word processors, and before that, electric typewriters. These machines did not come with apps or software, and the functionality was limited, but they opened up whole new worlds of efficiency beyond handwriting or typing on a manual typewriter.

In the late 60s, early 70s, I worked as a secretary, which required typing, filing, and simple accounting skills. While typing for a living was not a glamorous career, the ability to type provided jobs for many women, both young and old, at a time when women’s career options were limited.

The company I worked for was a small business, a private label food company. It was also, perhaps surprisingly, a literary place. While working in a lovely open office in a charming brick building located at Pacific and Battery streets in San Francisco, I was first introduced to the cartoons and feature stories in The New Yorker, news and reviews through The New York Times and its Book Review, and the angst- filled novels of Philip Roth and John Updike.

The Pacific Street office was also a place where I made good friends – Carole C., an amazing person who kept everything and everyone running smoothly, and Mr. K, the company president and founder. And, while running the company and keeping the Board of Directors happy, Mr. K always had time to say a kind word and recommend a good book to read.

Mr. K seemed inclined to release his literary creativity through writing and re-writing his business letters and reports, seeking the perfect tone and messaging. This made for full-time employment for me.

The unfortunate thing about a typewriter is that one mistake can ruin an entire document. So, I became adept at changing a word if I mistakenly hit the wrong key. It took ingenuity to study the context and meaning of that word, and to come up with a new word, using the erroneous letter, that could serve just as well or better than the first. And although I retyped many letters, with slight variations dependent on the mood of Mr. K, I cannot recollect a single time that he rejected or perhaps even noticed my changed version of his literary effort.

In the early 1970s, the business acquired a large machine, IBM’s MTST (magnetic tape selectric typewriter), a predecessor of the modern computer and about the size of an office copy machine. I completed a full day of training, and soon could revise written documents through the magic of magnetic tape without having to retype every word. Finding the sometimes hidden power of the machine filled my days with interesting discoveries.

However, the MTST had some serious drawbacks, due to its size and noisiness. The clatter of the keys in the playback function was headache inducing if not deafening, and before too long, the MTST and I were relegated to a large storage closet, so as to not disturb the other office workers.

Once I had mastered the MTST, it ceased to be fun, and the noise in the closet was quite disagreeable. And when the migraine headaches set in, I started to think about other job possibilities. Eventually, I left the company to attend graduate school in information and library science, the headaches ceased and a long, happy new career was born.

To this day, however, I look back with fondness for the three years I spent with this small company (today a thriving business), and the lessons I learned about reading, writing and perfectionism from Carole and Mr. K.