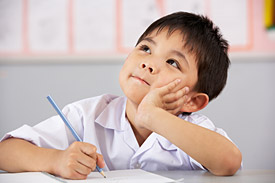 Back in my school days, a teacher once cautioned me to concentrate less on the small things, but rather, to look at the big picture. The details, however, often are essential to gain that fuller understanding, as they are building blocks that contribute to the development of critical thinking.

Currently, we may be in danger of information overload. I spend more time per day reading, watching and absorbing news than ever before. My social media feeds, Twitter and Facebook, have become major aggregators of news and opinions. None of the events unfolding in our country and the world are small things. War and famine, terrorism and displaced people, and contentious policy debates all turn up in the weekly news.

Sure, friends still post videos of babies and children doing adorable things. And I still remain a fan of cute animal videos, inspiring animal rescue stories, and photos and videos of beautiful places. These are the tension relievers that give us momentary respite from the daily onslaught.

I have the good fortune to have a nine-month old grandson. According to the New York Times, there are 69.5 million grandparents in the U.S., “a bigger chunk of the population than ever before.” The baby boomers responsible for this phenomenon, of which I am one, now currently number 75.4 million.

Even though my grandson lives far away, he is an everyday joy, through photos, videos and FaceTime. For him, it is the small things that matter. Bright colors and toys are attention grabbers, but it is the texture of the waste paper basket, the slight unevenness in the floor tiles, and the “other” baby who looks back at him through the mirror that are the most fascinating. And his world is expanding now that he can scoot around in a semi-crawl. There are all kinds of delightful mysteries (and mischief) to explore.

My hopes for him are that he will grow up in a safe world and clean environment, where intellectual curiosity, education and social justice are valued and all people are treated with the respect they deserve. A place where our elected officials behave as true civic leaders, advocating for policies that serve the public good rather than personal profit.

The rivers that ran through the towns of my childhood in the Midwest were polluted and dangerous. Today, they are vastly improved, but the steps that were taken to improve the environment did not happen overnight.   In fact, it took years of effort to clean the rivers and air, to power wash the buildings, and create new infrastructure in the quest for a healthier infrastructure.

Despite my disappointment about the policy direction of our current administration toward the environment, I am heartened and inspired by the statements and leadership of California Governor Jerry Brown. Following his annual State of the State Address, Governor Brown discussed climate change, alternate facts, world leadership, nuclear threat and other topics in a segment on NPR’s Science Friday (SciFri) with Ira Flatow.

Governor Jerry Brown is not one to mince words. “Whatever they do in Washington, they can’t change the facts. And these are the facts: The climate is changing. The temperatures are rising—and so are the oceans. We cannot fall back and give in to the climate deniers…Darkness cannot totally extinguish the light,” he said. “Have confidence that if we live in integrity…the movement will grow.”

Brown advised, as many of my friends and acquaintances are doing, that individuals join together to create action plans. “You can hold meetings. You can have committees of correspondence, like we did during the Revolutionary War…It can seem like a small thing, but meetings with the social media, with action at the local level– all that will build.’

Now more than ever, I know that it is the small things in life that matter: the joy of watching a baby grow; the abundance of wildflowers that grow in the spring following a rainy winter; the clear, clean water of the high Sierras that we drink; the air that we breath; the respect we show for one another; and so much more. But without seeing the big picture of what is happening in the larger world and taking action in whatever ways that we can, they are all at risk.

More Grandparents Than Ever by Sharon Jayson. The New York Times, March 20, 2017