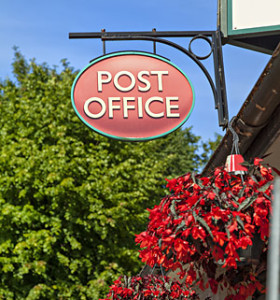 This year the Postal Service, in collaboration with Scholastic, is encouraging classroom activities that teach children to write. The occasion of National Card and Letter Writing Month was marked by the issuance of a colorful new From Me to You Forever stamp. The stamps come with playful, decorative stickers for stationery and envelopes, the first stamp to be issued with stickers, in keeping with the youthful target audience. Palo Alto artist Michael Osborne designed the stamps, and Scholastic issued an educator’s guide on teaching letter writing called “It’s a delight to write.”

In a blog posted in the Huffington Post in celebration of National Card and Letter Writing Month, Christine French Cully, Editor-in-Chief of Highlights for Children, equated letter writing to “Like Sending a Hug in the Mail.” Cully also commented on a social media challenge, 30 letters in 30 days.

Within the past week, I received two letters that I wrote in the distant past. The first was from my niece Lydia, who sent me a scanned image of a letter I wrote in 1968 to my parents on the other side of the country. In it, I spoke about Charter Day at U.C. Berkeley, relating how I had escorted the 1957 Class President and Class Secretary to the front row of the ceremony. From there, we listened to the speakers of the day, Chief Justice Earl Warren, Associate Justice Thurgood Marshall and civil rights activist Roy Wilkins. This is an amazing but forgotten memory that would not have come to mind without seeing this letter. I am humbled that my brother kept it among his possessions.

My cousin Laurene also shared a letter with me, one that I had written to her when I was but eleven years old, living in Geneva, Illinois. The important thing about this letter was not necessarily the content, but the fact that my cousin, my best friend via letters throughout my nomadic childhood, had kept it among her childhood memories.

During National Card and Letter Writing Month, Social Correspondence celebrates its first anniversary. Launched in April 2014, it has been great fun to write about letters and letter writing and all things related. It has been an opportunity to share my thoughts with good friends and family, old and new, and to make new friends and grow readers.

On the occasion of this anniversary, I would like to acknowledge the many articles and contributions made by friends and readers. Thank you to Carol Ann for sharing this article from The Harvard Business Review. “The beauty of a well-crafted handwritten note is that it can show deeper investment and appreciation than a simple thank-you can,” said writer John Coleman. “As an added bonus, studies show that those who express gratitude also benefit by experiencing better health and sleep, less anxiety and more life satisfaction.”

Thank you to Nancy B., who shares with me the many ways that history books rely upon letters for research, and to Nancy T. for the many little snippets she has forwarded to me about letter writing, and to all of you – Chet, Jean, Dorothy, Ed, Nancy, Cecile, Francine, Rich, Susan, Jewelle, Kathleen, Sandra, Mary and the many others (you know who you are!)- who have posted comments and offered encouragement.

In celebration of this first anniversary, I intend to take up the challenge of writing 30 letters or cards in 30 days. How enjoyable it will be to say to old friends, “I am thinking of you.” I hope that you also will consider doing the same!

Handwritten Notes Are a Rare Commodity. They’re Also More Important Than Ever, by John Coleman. The Harvard Business Review, April 5, 2013.